We are proud to bring you a true force in the world of Himalayan climbing. Lakpa Norbu Sherpa is one of the leading experts in Nepal in the art of long line rescue. This entails hanging from a cable below a helicopter that flies thousands of feet above sea level, often near the ceiling of its capabilities. You are then lowered to a climber on rocks or glacier, often in temperatures far below freezing. After attaching the injured or sick climber to a harness, the two of you are then lifted into the air, dangling below the helicopter until you reach your destination. This is not the activity of your average human.

Lakpa has been part of almost every rescue on Mt Everest and many of the other peaks in the Himalaya. He has been responsible for bringing down the bodies of some of the world’s most famous climbers, finding others on unnamed peaks when other groups could not find them, and has the respect from the climbing world and helicopter pilots who fly there. He also has been a lifesaving force in Nepal’s 2014 avalanche and its 2015 earthquake.

We are fortunate that our Musa team of roving reporters, Lakpa Sherpa and Dr. Jennifer Konopka, were able to sit down for a few minutes and talk to Lakpa about his time at Everest ER. Thank you, Lakpa. You deserve much recognition for the invaluable work you do!

If anyone has an understanding of life at Mt Everest Base Camp it is Lakpa Norbu Sherpa. Lakpa is on the mountain working as the Base Camp coordinator for the Himalayan Rescue Association at Everest ER, the medical tent founded in 2003 by Dr Luanne Freer with the help of Wongchhu Sherpa. Lakpa has been with Everest ER since its inception!

Lakpa was born in Kharikhola 1, Solukhumbu, Nepal on January 25th, 1981. At age 13, he started working as a porter to help support his family and, in 2000, he attended mountaineering training and worked as a guide. When Luanne Freer had the idea to start a medical clinic at Mt Everest Base Camp in 2003, Ang Kasi Sherpa, who was the head of the Himalayan Rescue Association, assigned Lakpa to the aid post. As Luanne says, “Lakpa is a big part of the glue that holds Base Camp together. He is one of the only people that has been there year after year, knows all the players, and knows how to get things done.”

Lakpa’s position has evolved over the years. It started with his arraigning porters, overseeing setting up of the medical tent, translating for Nepali and Sherpa patients and helping to arrange evacuations. In 2007, he came to Montana in the U.S., becoming the first Nepali to complete a Wilderness First Responder course with the Wilderness Medicine Institute at the National Outdoor Leadership School. That credential helped as he became more involved with rescues and the helicopter pilots realized he had the skill and talent. In 2011 he was chosen along with three other mountain guides to be trained as a long line rescue specialist in Zermatt, Switzerland. In 2013, he took part in a record-breaking high altitude rescue of an injured climber. Pilot Simone Moro flew up to 7,800 m, which was over 1000m higher than any previous attempt.

Lakpa completed his long line instructor training with the EURAC Institute of Mountain Emergency Medicine in August of 2015.

As the glue that helps hold Everest ER together for sixteen years and being known as the unofficial mayor of Base Camp has its good days, but sadly Lakpa has been witness to and in the thick of tragedies that have taken place on Everest since 2003. In 2014, he was presented the Hidden Hero Award from Heartbeat, a Nepal NGO, for his service as a long line rescue specialist.

In the avalanche of 2014 Lakpa was instrumental in the rescue of climbers trapped in the Khumbu Icefall, bringing down many of his own friends. When the earthquake of 2015 caused a massive avalanche to destroy much of Base Camp, Lakpa not only rescued many climbers, but arranged helicopter transport of the injured from Base Camp. Along with doctors who had to relocate after the Everest ER tent was destroyed, he helped bring order to a chaotic situation. After all of that, with Base Camp evacuated for the season, Lakpa then went to work around Nepal, rescuing people trapped from the earthquake.

“Knowing Lakpa all these many years of his involvement, he has become the foundation of Everest ER and the ‘problem solver’ at EBC,” said Dr. Eric Johnson, former president of the Wilderness Medical Society, who has worked with Lakpa at Everest ER. “A good friend who has a great sense of mission and humor, he has saved my butt more than once! He deserves all the accolades he receives.”

In the off-season, Lakpa lives in Kathmandu with his wife and two sons. He also travels to Europe for training and continuing education. He works with Saron Search and Rescue Organization and Airlife Rescue in Nepal as a rescue specialist. Lakpa is one of the highest trained and most respected rescue specialists in Nepal.

We at Musa Masala, who know and have worked with him, have the utmost respect for his dedication to helping others while keeping those around him healthy and happy. He is a very special man. 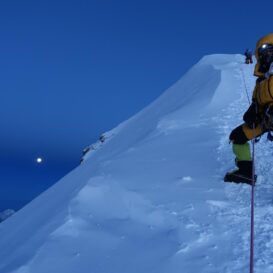 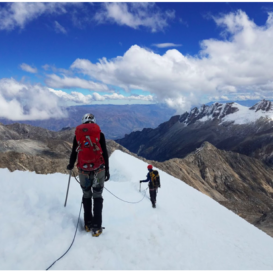 10 Ways to Avoid Hypothermia and Frostbite 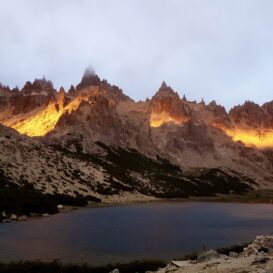