Here is one for you sports fans. Thirty-four women soccer players from twenty-four countries climb the highest mountain in Africa and play a soccer game. Then, as if that’s not enough, they travel to the lowest point on the planet along the Dead Sea in Jordan and do it again. Equal Playing Field, a new film premiering on May 18th in Los Angeles (purchase tickets here) did just that to empower women and highlight the inequality in women’s sport. And to round it out, they set a couple of Guinness World records in the process.

We were fortunate to be introduced to Amirose Eisenbach, the director and producer of this amazing and exciting film. Musa Masala is always interested in stories of high altitude fun, but having played in what we thought was the highest ever soccer game at Gorak Shep in Nepal, we were super excited to check out these professionals as they played at over 17,000 ft, 5714m. One thing we learned in our game: You need lots of oxygen breaks, and we were at 5164m! Please read on and check out this link for the trailer for Equal Playing Field, featuring professional players from around the world and Nepal’s own Dipa Adhikari, of the Woman’s National Team. Musa even got to help out when our own Yogesh Subedi helped translate the Nepali dialogue in the film. Good job, Yogi!!

Please tell us how you got involved with Equal Playing Field.

I was originally brought on to just consult, as I was producing a big Planned Parenthood fundraiser at the time, with live music and speakers. There were two directors and a producer onboard and they were finding it difficult to raise capital because the concept was exciting, but risky. The producer and one of the directors decided to leave the project and I then stepped up to produce. After we wrapped production on Kilimanjaro in June 2017 and Jordan in April 2018, the director stepped off to take another job. I knew the story was too important and the timing too great to let the film die and I stepped up to direct through to completion. After months of getting 45 hours of raw footage down to the strongest film possible, I’m proud to say I’ve finally reached picture lock! It’s been quite a journey.

Does the film focus on one player or organizer? And who had the idea for the games?

Laura Youngson from the UK came up with the initiative and the games. She was sick of all the gender inequalities she was facing in work and on the pitch, so [she] decided it was time to do something big to raise awareness.

We focus our lens on Laura, Saja Kamal (Saudi Arabia), Dipa Adhikari (Nepal), Jasmine Henderson (USA), Monica Gonzalez (Mexico), Yasmeen Shabsough (Jordan) and Dani Richards (America born in Saudi Arabia). This is a story about humanity, with soccer being the vehicle in which we illuminate the many issues women face. Representing women from diverse backgrounds was very important to me. The mountains serve as an allegory for the mountains that live inside us all that we must conquer.

Can you tell us about the player from Nepal?

Her name is Dipa Adhikari and she’s from Kanepokhari, Morang. When she received the invite to join EPF in Kilimanjaro, she played for the Nepal National team. ANFA (All Nepal Football Association) told her that women should not attend such a trip and that they would remove her name from the National Team if she went. She told them she was not going for personal purposes but to represent her country and make them proud. She went against ANFA, brought her Nation’s flag with her and bravely traveled to Kilimanjaro without knowing anyone or speaking a word of English.

How were the players and teams chosen?

It was essential to the founders to see how many women they could include from different countries, age groups and skill sets. Women from 24 countries, ages 16-55, from grassroots to highly decorated professionals, were represented. They tried to evenly match up the teams in both places, so that it was a fair fight.

How did the locations, Kili and the Dead Sea, affect your filming?

We certainly had to battle the elements to get the footage we needed. Both locations were stunningly beautiful and help elevate the film to fell like a adventure. In Kilimanjaro, naturally the altitude, steep climb and cold weather impacted the team’s ability to film. In Jordan, the heat, sand and terrain created some fun obstacles. On top of it all, there were tight itineraries to adhere to, so borrowing players to film and not hold up the schedule, was quite the balancing act. There’s always more you want to shoot but at a certain point, you have to surrender and do the best you can. It was about more than just a film; it was a movement. So immersing yourself in the experience was just as sacred.

Who was your doctor on Kili and what kind of considerations and preparation did you take for playing at such an altitude? (Our educational focus is on health and safety at altitude in the mountains so we are super interested.)

The athletes all trained best they could but you can only truly acclimate when you’re in the climate for several days prior. The guides that lead the trek were all certified first responders. Oxygen stations were brought up and heartbeats were monitored frequently.

The overseeing physician, Dr. Dana Levin, works as an emergency room physician in Houston, Texas. During Kilimanjaro, he was also training as an aerospace medicine doctor with NASA and was a fellow of wilderness medicine with the Wilderness Medicine Society. He had to make the hard call to send three players back down during the trek because they were experiencing altitude sickness and their safety and well-being were his first priority.

Where does the project stand now?

We’re in the final weeks of post production! We’re submitting to festivals, seeking distribution and doing some community screenings and clinics. The intention of the film is to bring people together through more inclusivity, diversity and love, so we want it to be screened as much as possible.

How can we at Musa Masala help?

I deeply believe in this film’s ability to unite and inspire, so any help getting the word out is very much appreciated. We’re still looking for more people to be ambassadors, whether that be with resources, coverage, theaters, hosting screenings, and so on. Grateful for all support.

What’s next for you? Anything coming up?

I’ve been head down working on this full time for two years and I can finally see the light. I can’t wait to get it out into the world. I’ll be going to France for World Cup and our third EPF quest in June!

I’m also really excited to dive back into my writing. The narrative feature I want to make next is very personal. It’s a coming of age story for a 30 year old woman and a 70 year old man, in the wake of a family tragedy. It’s heartfelt, funny and very human. I also co-wrote a horror script and am halfway done writing a modern gangster story. Both projects feature very strong female leads and a diverse ensemble.

We will continue to follow this project and update Musa readers on viewings of the film and the World Cup activities of Equal Playing Field nonprofit Group. 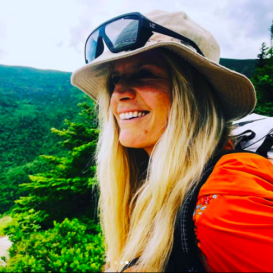 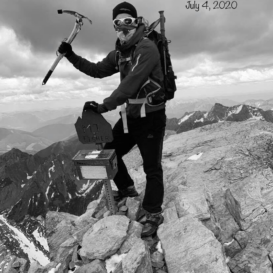