Here is a story we want to share with everyone. It comes from Pasang Sherpa, the Project Manager for the Himalayan Yokpu Foundation. As Pasang told us the story, we couldn’t help but think about the remoteness of the area and access to emergent healthcare, and how now, with the Wongchhu Sherpa Memorial Hospital opening, quality healthcare will be available quickly to all in the area. Thank you Pasang, Dr. Acharya, Sonam Sherpa, and the staff at the Tapting Aid Post. Jam Jam!!

I have been making many visits to the Wongchhu Sherpa Memorial Hospital as the project manager for the Himalayan Yokpu Foundation. On this trip, there were two big surprises waiting for myself and my companions. My name is Pasang Sherpa and I had arrived at the hospital the day before with Sonam Sherpa and our new perspective doctor for the hospital to find it covered in snow! We had not had snow here in over three to four years.

The new doctor, Dr. Bibek Acharya, is a graduate of Kathmandu’s University of Medical Science. He has spent much of his career in rural Nepal working in disadvantaged and marginalized communities. He is enthralled by the work of the Himalayan Yokpu Foundation and looks forward to helping us realize the organization’s vision and accelerating the overall growth of the hospital.

As it was snowing at the hospital on Tuesday, Mr. Sonam and I, as well as Dr. Bibek, went to bed early. This was our final night in the hospital after a two-day stay. We were there to demonstrate and introduce Dr. Bibek, who is set to start as a Medical Officer on February 13th, 2022. We held meetings as normal, and there were no scheduled deliveries for the next week.

We heard someone knocking on our door and quietly calling our names while we were fast asleep. It was Mr Dhan, who works as an Auxiliary Health Worker at the hospital. “In the delivery room,” he said, “there is an emergency.”

Due to the lack of a medical attendant in her village, a pregnant woman was transported to us. She was 21 years old and had arrived by a local jeep. We were informed that her water had broken eight hours prior. She had been in labor for a long time. They were about to send the woman to Okhaldhunga Community Hospital because she was bleeding as well. Luckily we were there with Dr. Bibek! The trip to Okhaldhunga Community Hospital or the hospital in Phaplu would have taken three hours by road, not adding in the dark of night or the snow.

We woke and went to see the women. Our not-yet-charged, off-duty doctor was dispatched to work. After assessing the situation, the doctor concluded that a few strong pushes would restore normalcy. He instructed the lady to push firmly, and when she pushed, he assisted her by applying downward pressure to the top of the woman’s tummy with his hands. With the help of additional attendants, Dr. Bibek delivered the baby safely. Everyone was pleased to have the doctor on board. Both the baby girl and mother are in good health. They were discharged the following day.

It was an entirely new experience for me as a member of the hospital management team. I have never had the opportunity to see the birth of a child. It was a wild moment for me when I got a knock on the door at 2am, freezing cold. It was a joy to bring new life into the world, such a thrill to be part of it.

As a part of the management team, I believe there are a few needs the foundation should address. I felt the need for a room warmer, which I had already requested from the procurement department. Similarly, the electrical generator that we installed was really useful. We rely on local micro-hydro and solar power, because we do not have access to the national grid. Both of these sources of power fail during the coldest days of the year. Our generator performed admirably.

We are making progress, slowly but steadily. For instance, people used to travel for hours just to get an ultrasound USG service. Now we have the machine and qualified personnel, and we receive 2 to 3 patients daily for USG exams.

After the delivery we went back to sleep, as we had a long drive back to Kathmandu ahead. The family was very grateful they did not have to travel at night with their daughter in such conditions.

Around 100 babies have been delivered since the Tapting Aid Post moved into the hospital grounds as we await accreditation as a full hospital. Having Dr. Bibek there at a crucial time shows how important this project is, and what a difference this hospital and the staff will bring to the area. 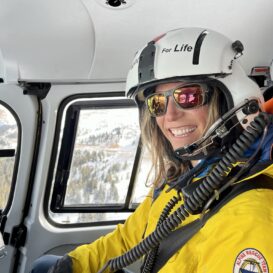 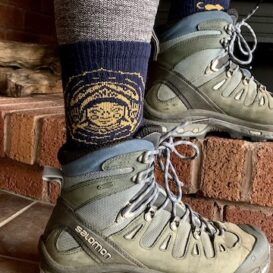 How to Prevent Foot Blisters