A Nurse’s View: Life in the ER During COVID-19

Travel nurse Linda Andrus is back on a plane on her way to the East Coast to work in another ER dealing with COVID-19. She graciously took some of her only free time to write down about her experiences at the outset of the virus in California. Linda has a written a stunning piece on what it was like in the first few weeks as her workplace came to grips with COVID-19. This is personal and tough read. For some perspective, since Linda arrived on the West Coast, over 40,000 Americans have died. That includes mothers fathers, siblings, friends, coworkers…who were alive just 6 weeks ago.

We ask you to take isolation seriously, if not for yourself for whatever your personal reason may be, then for people like Linda and our other Musas and our friends who are being put in impossible situations that are made worse as this pandemic continues. Hospital workers won’t be coming home from this “war.” They will just go back to work and have to deal with all they have seen and done as the normal craziness comes back through the ER doors.

Thanks, Linda, thanks to all our healthcare workers, firefighters, EMS and police, grocery workers, sanitation workers, bus drivers, delivery drivers and everyone who is putting themselves out there to help us get through this.

A Nurses View: Life in the ER During COVID-19

It was March 1 when I received a phone call asking if I could emergently leave for a “highly classified job” in California. I was not told where I was going or what was going on. I waited for hours for more information and kept checking my email to see when my flight would be. At midnight I received my flight to leave the next morning. I arrived in California the next day and was told to go to a hotel they had set up. When I arrived, no one was there with further instructions. I was checked into a hotel room and sent a message from my company to, “stand by for further instructions.”

It all felt like a scene from a spy movie. Later that night I received a message stating to report to a certain hospital (I will not disclose any names of hospitals I have worked at) and meet with a lady in the front lobby. At this time, they had not disclosed that I was there for help with a COVID-19 outbreak. However, I knew flying to California that this was most likely the case, given the recent news coverage. They did not want information leaked to media or to cause fear. At this point in time we had just started to see the emergence of COVID-19 in the Bay area. I went there assuming it would be a two-week job and everything would be fine. I did not think things would spread so rampantly, because, after all, we are the United States, right?  We would have teams of experts to quickly contain this virus.

After a few days working in the ER at this hospital, it occurred to me that this virus was not “just the flu.” I started to become anxious seeing how sick people were getting. Every day we started off with a morning meeting where they would change the guidelines for how we were to protect ourselves. The first day it was N95s or PAPRs for anyone going into a suspected room, because the virus is airborne. Also, we were told we would have enough tests for everyone. Second day, well you may be okay just wearing a surgical mask because it’s probably just spread by droplet—oh, and we actually don’t have enough tests to test everyone, so be sparing. Third day, so CDC has changed the guidelines and we will now be doing this… Fourth day, well we are running low on PAPRs, so no one gets a PAPR unless we are intubating.  We should test anyone who comes in with any symptoms. Next day, well maybe we should test them and maybe we shouldn’t. It may be a waste of a test to test that person. It almost seemed like roulette, that one person gets a test but another doesn’t. Let’s just run flu swabs on everyone and if it is negative then will do COV19.

Meanwhile, people may have been going in and out of rooms thinking that a patient wasn’t a COV19 patient because the MD did not decide to make them a “rule out” for four hours. One doctor was walking around wearing a full-on space suit and PAPR going in and out of rooms and not changing in-between rooms or patients because he was so terrified. Other doctors refused to go into any rooms.

Every day, nurses were talking anxiously about what we would do if we got sick.  Stories floated around about the 33-year-old, the 44-year-old, and the whole ICU of 20-30 year-olds, all intubated. People became increasingly scared because suddenly this wasn’t just a virus that attacks the elderly and it could kill any one of us. This was an invisible killer.

One of the nurses I was working with had been in Desert Storm. I asked him if he was more scared when he deployed than of this virus. He said, “Well the virus you cannot see, but in the military we go in knowing what we are in for.” Any day, one of us could get or transmit it to each other. As the weeks went on, I found myself scared and crying in my hotel, wondering if I would get sick and need to be hospitalized. Would I end up $50k in debt from an ICU admission? Was any of this worth it right now? I was worried about paying my mortgage and student loans, just like the rest of working class Americans.

Many of the doctors would not go into rooms to perform an assessment. They would ask for the patient’s cell phone number to call them instead. They said they were trying to “lesson their exposure.”  The nurses were just “pieces of meat.” It didn’t matter that we were being exposed. Meanwhile, I may get stuck in a room for almost an hour trying to resuscitate a patient with pressures in the 50s and Sats 70-80s. When I would finally get out of a room, de-gown and wipe the sweat from my forehead, a doctor would approach me and say, “Can you go in the room and ask the patient X, Y and Z?” Some doctors were better then others, but I definitely got the impression that we just didn’t matter as much. This made it harder on me psychologically when I would leave work at the end of the day. I was going to my hotel room, where I’d be alone. Many of these people still got to go back to their own homes.

I tried to be understanding and realized everyone was fighting their own battle inside, but I also thought, we are the ER and these doctors need to step it up and be team players. Everyone is scared right now. We need to come together as a team and help each other out. By this point, I had gone through every stage of emotion, from denial to grief to anger to acceptance. I told myself that if I wasn’t willing to accept the risk of taking care of COV19 patients, then I needed to walk away and not work. I felt like they needed to walk away if they weren’t willing to take the risk and go in the rooms. There is no shame in this and I would not judge anyone for choosing to not work right now, but it comes to a point where you are in or you’re out.

Every day, the way we tested people changed: Today we are using a 3ml vial.  Tomorrow we are using a 1ml vial. Oh now we have completely different test kits. No one is really sure if these test results are accurate. It was also taking 5-7 days to get results.  We had no idea if people actually were positive until management pulled you into their office a week later to say, “By the way, your patient tested positive on X date.” Not once during the entire time I was there did I see any CEOs or upper management down in the ER.

By the end of six weeks, we finally had a rapid test to get results back in two hours. However, even these tests had only a 45% efficacy rate. There was zero confidence in our testing results or the process for how things were to move forward. Meanwhile we a few nurses had gotten really sick and checked in as patients. Their lab values and chest X-rays screamed COVID-19. They’re febrile and hypoxic, but the nasal swab came back negative. There is no way you will ever convince me that these nurses were not positive.  I cried thinking my coworkers may end up dying upstairs. It was sad to see patients alone, away from their families. To hear patients’ families calling, wanting to know the status of their loved one. Another sad part is, we couldn’t give them exact answers: “Sorry ma’am, I can’t tell you if your husband has COVID-19 because it takes 5-7 days to get results.”

Meanwhile, on the news Trump is telling everyone, “Anyone who wants to get tested can. We have the best tests!” When my job was coming to an end, I asked if I could get a test because I was flying home and would be around my boyfriend. I was terrified of being a carrier and he was having major anxiety over being around me since he had been sheltering in place for 35 days now. I was told I could only get tested if I had symptoms.  You see, the company doesn’t want to be responsible if I actually come back positive.  The hospitals don’t want to pay workman’s comp to nurses who get sick on the job. This whole process has just emphasized what I already knew, that hospitals are there for a profit. Nurses are just numbers to them.

Things started to slow down because the “normal” ER patients weren’t coming in anymore. People are scared to come to the ER, so we actually started to see way less patients than normal. This is a good thing, but in the end, not good for hospital business because suddenly staff is getting laid off and shifts canceled. The ORs are closed and therefore no surgeries bring in money to the hospitals. So many healthcare workers are out of work. Seems unbelievable, right? Because when you turn on the news, they are showing the busy, crowded hospitals. Across the nation, hospitals are losing money because they are not scheduling elective surgeries and have less overcrowding in the Emergency Departments. The hospital I worked at went from 200 patients a day down to just 50. Those who were coming in were really sick and everything took twice as long to do because of gowning up and extra needed precautions.

I am now headed to the East Coast to a new hospital. I have worked in over 50 hospitals across the country as a travel nurse. I know doctors and nurses in almost every state. Each hospital is different in how they are being affected, but from what I can see, across the board healthcare workers are fed up with the people at the top making decisions.

To my fellow healthcare workers across the world, I love you. We will get through this and we will be stronger for enduring it. I look forward to hugs and adventures with many of you in the years to come. 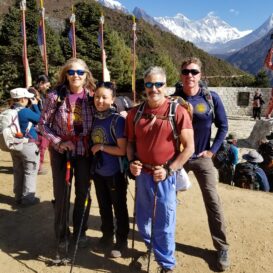 Our Climate, Our Health: Enviromedics with Author Paul Auerbach 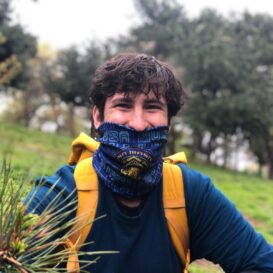 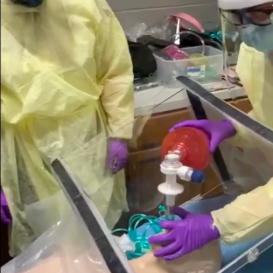 MacGyver EMS in the Time Of COVID-19: The Ellis Collapsible Isolation Box 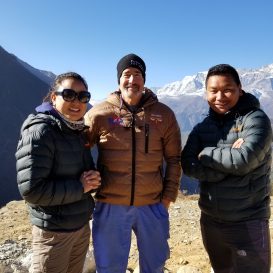 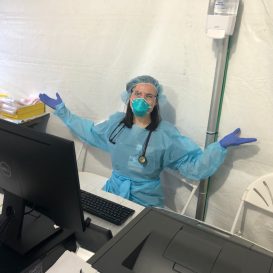 COVID-19: Report from the Frontlines